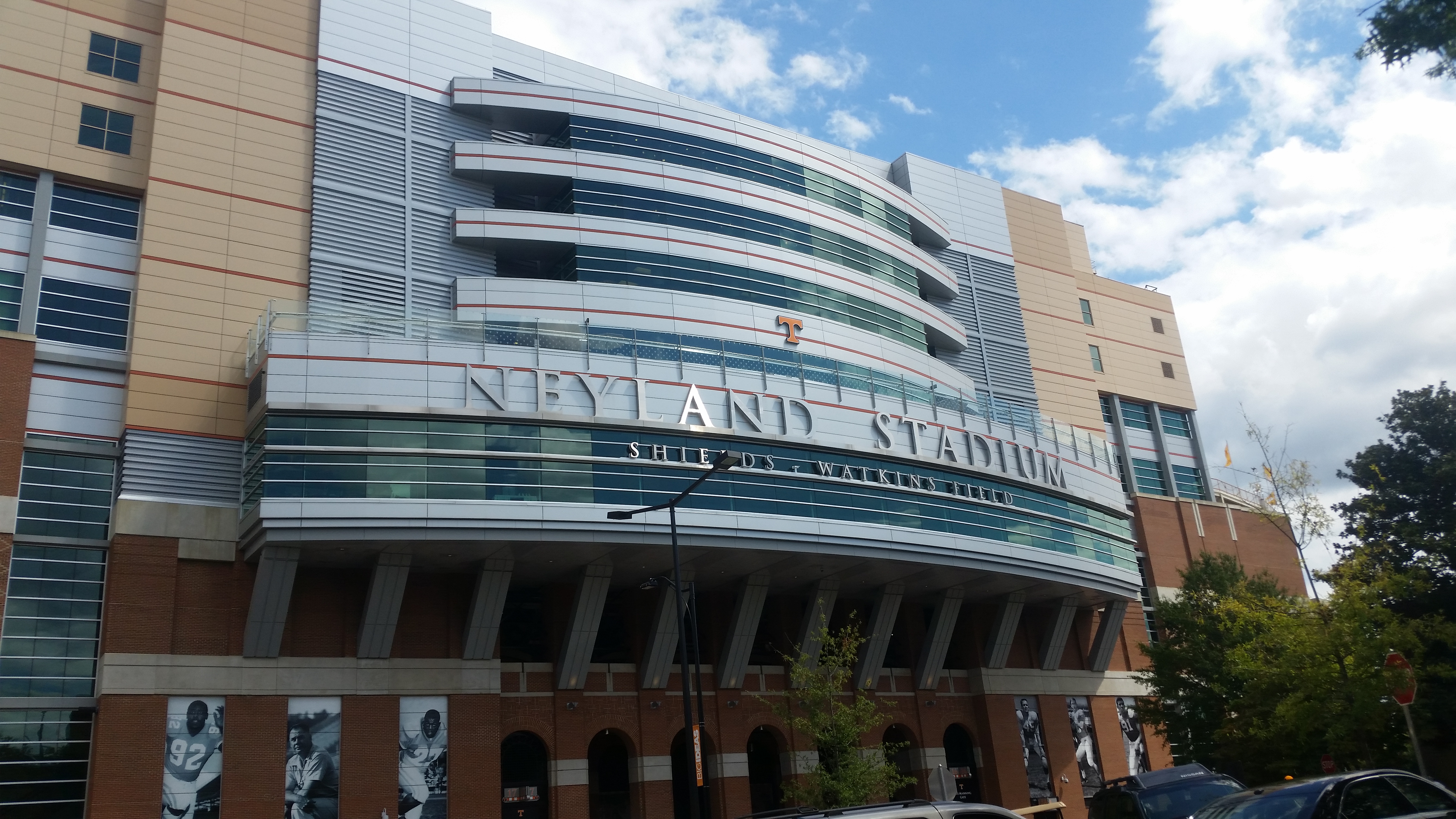 I have been looking forward to writing about this game for a while. It is probably the most exciting game I have ever been to in person. There was a decent amount of hype going in. Oklahoma was ranked #19, with a new quarterback by the name of Baker Mayfield playing in his first true road game. Tennessee was ranked #23 and many believed this was the year they were going to break out and contend for, if not win, the SEC East title.

First off, the University of Tennessee campus is beautiful. It is right near the downtown Knoxville area sitting along the shore of the Tennessee river. From the parking garage I was in I was able to walk along the shore for a little while enjoying the views on the Neyland Greenway. Along the river, many fans had boats that they had set up for their tailgate festivities. I mean why tailgate from your truck when you can tailgate in a boat?! There were even a few boats set up by OU fans, which I thought was pretty awesome.

Neyland Stadium is also in the heart of the campus, which was a great contrast to the previous year’s trip to West Virginia. I always will prefer stadiums near the campus as opposed to those that college students cannot easily just walk to. I was able to enjoy lunch at the student union before the game and take in the march that the Tennessee players take before the game along Phillip Fulmer Avenue.

You could tell the atmosphere was hyped up for this game. This was a huge chance for Tennessee to put itself back on the map. Before the game it was announced that fans should checker board the stadium, meaning different sections would wear either orange or white to make the whole stadium look like a giant checker board. On top of that, they decided to try to set a Tennessee state record for loudest outdoor event. A record that they ended up easily beating a couple of different times. On top of the most exciting game I’ve been to in person, it was also easily the loudest. It was so loud at times, you couldn’t hear the person next to you talking.

The reason this record was so successful is because Tennessee absolutely dominated the first half of this game. They led 10-0 at the end of the first quarter and added an additional touchdown early in the second to go up 17-0. Oklahoma ended up getting a field goal very late in the second to make it 17-3 at the half.

After no scoring in the third, Oklahoma went into the fourth still down two scores. They were able to put a drive together midway through the quarter to bring OU within seven. Then with 5:55 remaining, the Sooners orchestrated a 60-yard drive that took up all but 40 seconds of the clock to score the tying score with very little time for Tennessee to respond.

On another note, my personal all-time favorite moment happened on this tying drive. The extra point from this drive came through the uprights and straight into my arms. I was able to catch the ball that tied the game!

Both overtime periods were just as exciting and formally started the lore of Baker Mayfield. After Tennessee scored a touchdown on their first OT drive, OU faced a fourth down and goal from the 1. Mayfield kept the ball and ran in to tie the game. In the second OT, OU scored first to take their first lead of the game at 31-24 then intercepted a Tennessee pass to seal the game.

Being able to see the Tennessee fans among the crowd of over 102,000 go from jubilation to sadness in such a short time was one of my favorite moments. It was such a joy to be in such an amazing atmosphere for such a great game. This is the game that solidified my enjoyment of traveling to games at various different stadiums and would help lead to the start of the college football road trip journey.