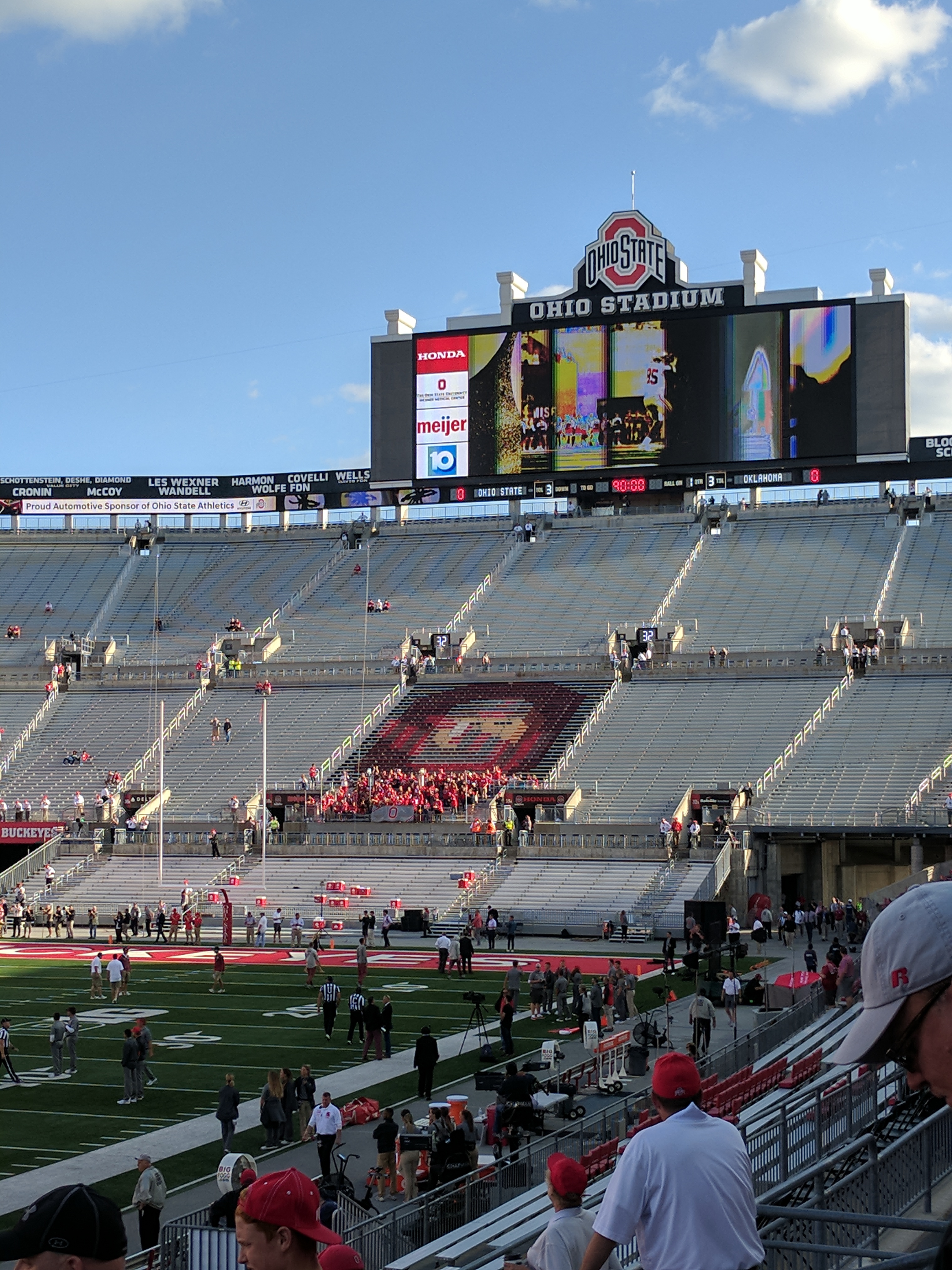 To be honest, I did not come into this game with very high expectations. Yes, Baker Mayfield was still playing at quarterback, but so many pieces were gone around him. After Joe Mixon, Samaje Perine, and Dede Westbrook all left for the NFL, there were major questions on who would step up in their place. Add on top of that Lincoln Riley’s first road game and playing against a top 5 team (Ohio State was ranked #2) and I went into this game just hoping we would stay competitive throughout.

The inside of the stadium was very nice. There was plenty of room in the seats so it didn’t feel cramped at all, which tends to be a problem at many stadiums. The two guys that sat to the right of me were neither Ohio State nor Oklahoma fans, but just wanted to come see the game since it had so much hype around it. It was fun to be able to chat with them throughout without worrying about any animosity being there.

As for the game itself, I was shocked. Although OU struggled to score through most of the first half, they still controlled the game from the beginning. Then toward the end of the third quarter, they finally started to break the game open, scoring the first of three straight touchdowns to take a 31-13 lead. Ohio State did get one more field goal, but OU went on to win 31-16. It was exciting to be in the stands to help celebrate the win and to avenge the loss in Norman the year before.

After the game, we stayed a couple extra days in Columbus. There were so many things to do that it was hard to narrow down what to visit while here. The first trip was to the Franklin Park Conservatory and Botanical Gardens. The exhibitions here included a butterfly sanctuary, glass sculpture displays, and a community garden. The next stop was to the Ohio state house downtown, which is always on my to-do list when in a state’s capitol city. Finally, we ate lunch at Schmidt’s Sausage Haus in the German Town area of town. This restaurant was featured on the first episode of “Man Vs. Food” and known for their gigantic cream puffs, which I had to try and was delicious. We also were able to spend a day at the Columbus zoo. This is one of the biggest, well-known zoos and is the home zoo for Jack Hanna. The exhibits were all very nice and it was an enjoyable experience.

Overall, this was a very fun trip and I am looking forward to my next visit to Columbus as an official part of the road trip journey!