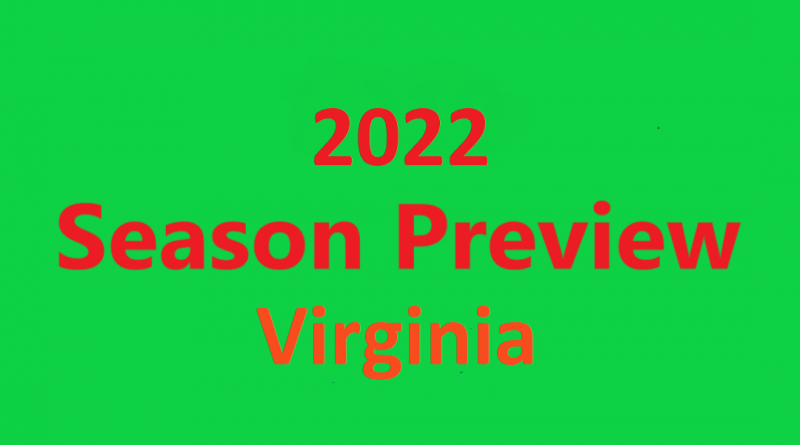 The 2021 season started off with a couple easy non-conference home wins against William & Mary and Illinois. The Cavaliers fell back down to earth though with their first two conference games, losing by 20 points to both North Carolina and Wake Forest.

Things turned back positive over the next few games though as Virginia pulled off a huge win at Miami. This started a four-game winning streak, all against conference foes. This had the Cavaliers thinking of competing for the division title. This would be the peak of the season, however.

Virginia would end the season on a four-game losing streak. This started off with two tough non-conference games against ranked teams BYU and Notre Dame. They were no competitive in either match up. Next, they lost to eventual division champion Pitt to remove them from conference championship competition before losing their regular season finale to in-state rival Virginia Tech.

The Cavs were scheduled to play SMU in the Fenway Bowl against SMU but the game was cancelled for Covid-19 reasons. This led to a final, disappointing 6-6 record for Virginia. After the season, head coach Bronco Mendenhall retired unexpectantly as well.

It is always a big question mark when a new head coach in to determine where the biggest changes are going to come in. Luckily, they have a quarterback coming back in Brennan Armstrong that has a prolific throwing attack. He threw for over 4400 yards and 31 touchdowns. They have a strong receiving group returning as well to hopefully keep that humming along in the new season.

The Cavaliers do need to improve in the running game. Their leading rusher from 2021, Wayne Taulapapa, only had 324 yards, but is gone this year. Someone will need to step up in this position and take it much higher if the Virginia offense wants to improve this year.

Virginia suffered greatly on the defensive side of the ball in 2021, giving up 466 yards and almost 32 points per game. Luckily, their best tackler from 2021, Nick Jackson, returns after recording 117 stops. Where the Cavs need to step up the most though is in the backfield. They only had 18 sacks in the 2021 season and will need to be much better if they want to stop their opponents from marching down the field and scoring this season.

If you are Tony Elliott, you couldn’t ask for a better schedule to start off your Virginia coaching career. Every one of the first five games are very winnable, with the biggest challenge being a road game at Illinois in Week 2. It wouldn’t be too surprising to see the Cavaliers start off at 5-0.

When you take a deeper look at the conference schedule, one thing that sticks out is who is not on the list. There is no Clemson, no NC State, and no Wake Forest. On top of that, the likely hardest games of the season, against Miami, North Carolina, and Pittsburgh, are all at home in consecutive weeks.

At the end of the day, the Cavaliers have a lot of turn over from last season they need to work through. I think they will struggle against a majority of the teams they play over the second half of the season. Virginia should win enough games to make it into a bowl game at the end of the season, but fall short of competing for an ACC title.