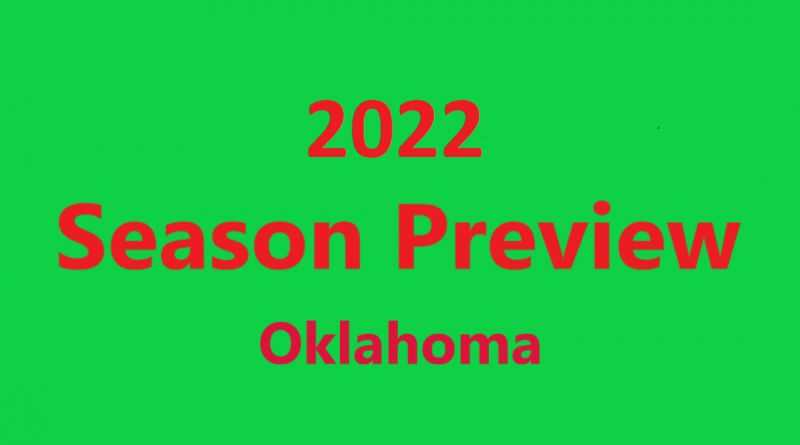 The 2021 OU season was a very strange one. It started off with a nail-biting win against Tulane. This became a theme of almost every game during the season. After a blowout against Western Carolina, the Sooners had to hold off for victories against Nebraska, West Virginia, and Kansas State.

Then probably the game of the year in college football happened in Dallas. After trailing 28-7 at the end of the first quarter, Caleb Williams came into the game and brought OU all the way back to an astounding 55-48 victory over Texas. With this victory, and a couple bigger wins over TCU and Texas Tech some thought the season was back on track.

This was not to be the case though as Oklahoma once again struggled in the final three games of the year. This included two losses to Baylor and Oklahoma State. After the season finale, Lincoln Riley announced he was heading to USC. Former coach Bob Stoops came in to lead the bowl game, which was easily the Sooners best showing of the year. OU won the game 47-32, and OU finished 11-2 on the season.

Oklahoma might have a bigger rebuilding job than any other team in the country. First, after Lincoln Riley bolted for USC, Brent Venables comes in to try to bring stability back. On top of that, both starting quarterbacks from 2021, Spencer Rattler and Caleb Williams, transferred out. In their place comes Dillon Gabriel, who has prior experience with new offensive coordinator Jeff Lebby.

There were also a couple big losses at wide receiver with both Jadon Haselwood and Mario Williams transferring, however Theo Wease’s return should help soften that blow. At running back, Kennedy Brooks has moved on which means Eric Gray and Marcus Major will need to step up big to help guide the new offense from the backfield.

The big question every year with the Sooners is usually on the defensive side. This year it will be how quickly can Oklahoma get used to the new defensive scheme and how will it stack up against Big 12 offenses. A couple huge pieces have moved on, but DaShaun White should step up as a leader. There are also quite a few high-quality transfers coming in that should help shore things up in the secondary.

Oklahoma has a pretty easy non-conference schedule to start off the year, which will be good as the team gets familiar with new coach Brett Venables. The only challenge may be in Lincoln, but OU should still come out at 3-0. Kansas State always seems to be a tough game for OU, but playing in Norman should give the Sooners the edge. The first big game will be against Texas at the Cotton Bowl. With Texas on the rise, I think they will edge ahead of the Sooners this year.

The other two big games for the Sooners will be against Baylor and Oklahoma State, the top two teams from 2021. The good news is both of these games are at home. But I think at least one of these teams will still pull out the win. This second loss will keep OU out of the Big 12 championship game, and the national championship playoff discussions, for the second year in a row with a 10-2 record.