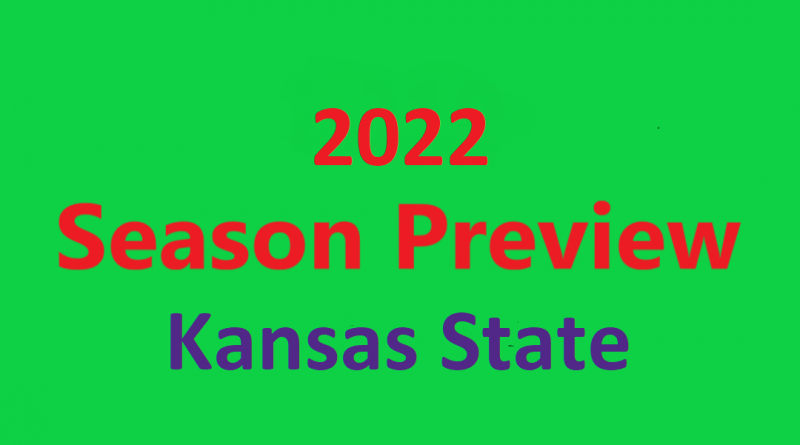 After a losing season in 2020, K-State was able to bounce back nicely in 2021. It started off with a blowout win against Stanford at AT&T Stadium in Dallas. This started an undefeated non-conference slate to enter Big 12 play at 3-0.

As a result of the strong season, Kansas State was able to make it into the Texas Bowl. Here they faced LSU and were able to handle them easily with a 42-20 victory. Kansas State finish the season 8-5, 4-5 in Big 12 play.

The quarterback position is the one to watch for the Wildcats this year. Adrain Martinez transfers in from Nebraska where he a solid, but not sensational career. The question is going to be if he can put it all together under a change of scenery.

Deuce Vaughn returns to the backfield after a strong 2021 season where he had over 1400 rushing yards, thanks to averaging 6.0 yards a carry, and a total of 22 touchdowns on the ground and through the air. Phillip Brooks and Malik Knowles return at receiver as well to help provide a couple strong targets for the passing attack.

The defense was the star in 2021, so the hope is that is can stay strong while the offense moves forward. The defense only gave up 21 points per game, so it kept the Wildcats in most games during the year. Linebacker Daniel Green returns after leading the team in tackles. A big key will be the secondary as Felix Anudike had six interceptions from the defensive end spot, but no other player had more than two.

The question for the 2022 Wildcats will be if they can continue to show improvement and move up the conference standings. The season starts off with a relatively manageable non-conference schedule with all three games being played at home. The only possible challenge will be Missouri, but I can see Kansas State with a 3-0 non-conference schedule once again this season.

In the Big 12, you’re going to have your usual teams at the top and usual teams at the bottom. And just like in 2021, K-State seems to fit in right in the middle. As competitive as they were in their losses in 2021, I could see them being able to pull an upset or two this season. It just won’t be enough to move them to the top tier of the conference. They will easily make it back to a bowl game to end the year, though.