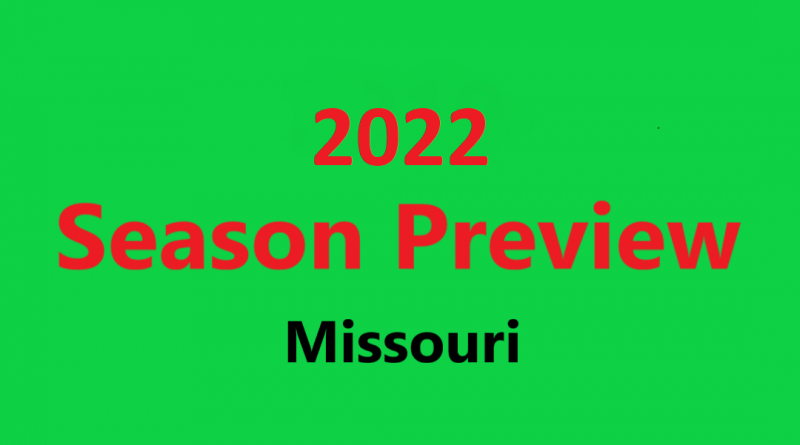 Missouri had as close to a middle of the road season as a team can have in 2021. Throughout the entire year, they were never more than one game above or below .500.  The season started with a win against Central Michigan before losing their early season SEC opener at Kentucky.

Missouri did struggle at times in the tough SEC. They did suffer some blow out losses against Tennessee, Texas A&M, and eventual national champion Georgia. The highlight of the season was likely their overtime win against Florida near the end of the schedule. That win ended up being the game that made the Tigers bowl eligible.

Missouri was decent, but not great on the offensive side of the ball and quarterback Connor Bazelak has transferred to Indiana. The big question is who will step in. It could be Mississippi State transfer Jack Abraham or highly rated freshman Sam Horn.

The running game was dominated by Tyler Badie who returns after gaining over 1600 yards in 2021. Depth comes into play here though as someone needs to step in and help with the load in the backfield. The receiving corps is hoping incoming freshman Luther Burden is the real deal and can help Mizzou become a dual threat offense.

Defense is where the Tigers really need to improve, though. They gave up nearly 34 points a game, putting them in the lowest 15 percent in the country. This starts with new defensive coordinator Blake Baker. They need to make the most improvement in the running game. Missouri did bring in quite a few defensive players from the transfer portal which should be able to make a difference if they can all gel and fit into Baker’s defensive scheme.

Life in the SEC is never easy for a team like Missouri, but let’s start with the non-conference break down. Missouri has a fairly easy non-conference with a road trip to an improving Kansas State being the only likely loss during that span.

The first three games of the conference schedule are at Auburn, home against Georgia, and at Florida. Missouri could definitely be competitive in a couple of those games but I’m not sure I see a victory. Then after what should be an easy win against Vanderbilt they have another tough three games with South Carolina, Kentucky, and Tennessee. They could pull a win or two in that stretch, but it will still be tough.

At the end of the day, I think the conference schedule will do the Tigers in this season and they will finish 5-7, and just short of making it to a bowl game.