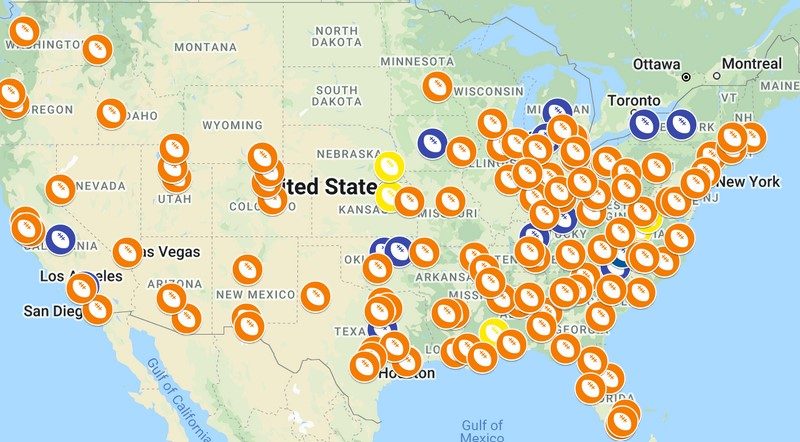 With the formal move of Marshall, Old Dominion, and Southern Miss from Conference USA to the Sun Belt starting this year, Conference USA had to release a brand new conference schedule. This caused my original game for the week of November 19th, Louisiana Tech at North Texas, to get moved. A new game had to be found during this weekend.

There were four or five games that I took under consideration. In the end, I decided for the South Alabama at Southern Miss game in Hattiesburg. This will become my first Sun Belt stadium to attend since I’ve started this journey.

Today I also formally booked my flight for my first trip in September for the games at Kansas State and Nebraska. Hard to believe we’re only about three and a half months out from the first game of the year!

We will be starting up our annual season previews for all the teams we will be seeing in person in just a few weeks as well so be on the look out for those entries coming soon!