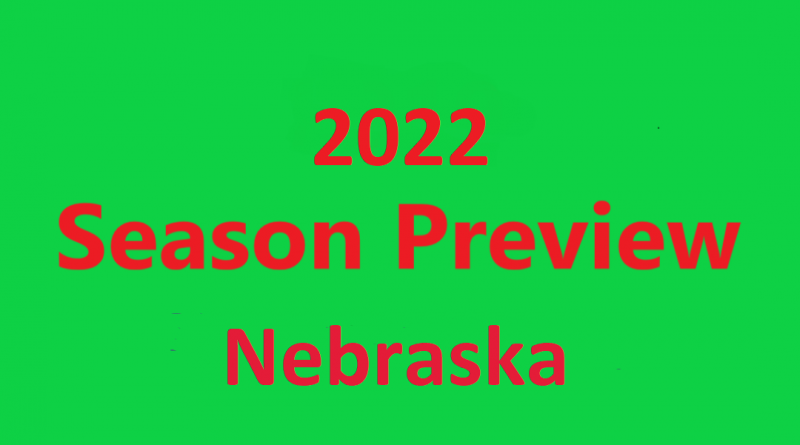 Nebraska was supposed to start turning the momentum around in 2021. Things did not start off well, however, losing their opener to Illinois in Week Zero. They did win convincingly in their first two non-conference games though so hopes were still high for the season. The momentum stayed even after a very close lose to Oklahoma to head into the rest of conference play at 2-2.

The Huskers just couldn’t find a way to pull out victories in conference play. Other than a blow out win at home against Northwestern, Nebraska lost every other conference game in the season. What made this difficult to handle was how close every single game was. They did not lose a single game all season by more than nine points. This included five conference games against teams that were ranked at this time.

These struggles led to a very disappointing season for the Huskers. They finished the season at 3-9; 1-8 in Big Ten play.

The Cornhuskers will have a new quarterback at the helm after Adrian Martinez transferred to Kansas State. The new starter will likely be Texas transfer Casey Thompson. He will take over an offense that played well, but just didn’t score enough points when it mattered most.

It will be interesting to see how the running game evolves as Adrian Martinez was also the leading rusher in 2021 and no back got over 500 yards. Chances are this will once again be a running back by committee unless someone can break out. The wide receiver position will also evolve with many new transfers coming into play to help support Omar Manning in the passing game.

After playing well the first half of the 2021 season, the Nebraska defense struggled down the stretch giving up nearly 30 points a game in the second half of the season. The main reason for this was a lack of turnovers, gaining only three fumble recoveries all season long. The line did not help much either with only 19 sacks on the year. The majority of the defense returns though so if they can grow and improve the Huskers have a chance on being more impactful in 2022.

Let’s start off with the non-conference games. The Huskers should easily get past North Dakota and Georgia Southern, but will likely fall to Oklahoma. That part of the schedule is pretty straight forward to pick.

Looking at that Big Ten schedule, though, I don’t know if I’ve seen a schedule harder to predict. The Big Ten West is just wide open this year. I know the game in Ann Arbor will likely be a loss, but every other game I could flip a coin on. I do feel very comfortable saying Nebraska will win more than one conference game this year. The problem is it wouldn’t surprise me to see them win six and it also wouldn’t surprise me to see them win two. Because of that, I’m going to go in the middle and predict four conference wins. This will give the Huskers a 6-6 record and likely a bowl berth for the year.