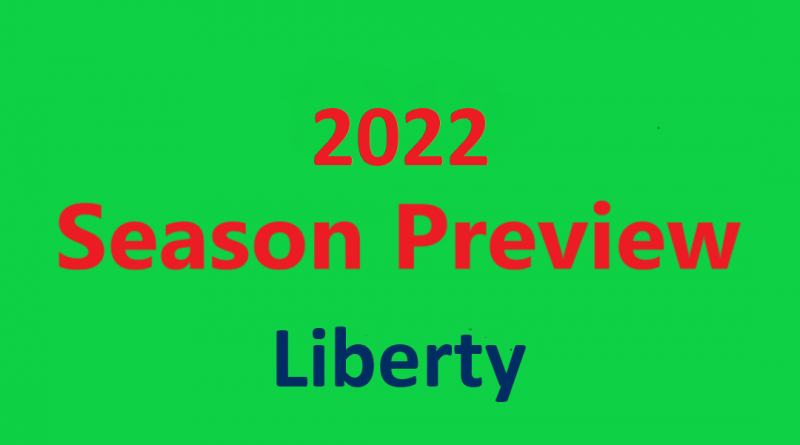 After coming a one-point loss to NC State away from being undefeated in 2020, Liberty came back down to Earth some in the 2021 season. The season started off well, winning their first three games of the year in blow out fashion, granted against lesser opponents.

Their first game against a Power 5 team was at Syracuse in late September. The Flames came back from 14 down to tie it early in the fourth only to lose on a field goal as time expired. It was similar three weeks later at Louisiana-Monroe.

Still, the Flames entered the backstretch with a strong 7-2 record before sliding to end the regular season. They lost their last three games, all against strong opponents to finish at 7-5. This was still good enough to make it to the LendingTree Bowl, where they likely put on their best performance of the year in a 56-20 romp over Eastern Michigan. Liberty finished the season at 8-5.

The 2022 season will likely come down to the quarterback position. Malik Willis was talented. Talented enough to be drafted in the third round to Tennessee. Thanks to the transfer portal, in his place comes Charlie Brewer. After four years at Baylor, Brewer played three games for Utah where he struggled and was benched before leaving the team. This leaves a huge question mark on where he will be mentally coming into this season.

Luckily, the top receivers from 2021 are both back for the Flames. Demario Douglas and CJ Daniels combined for over 1300 yards and 13 touchdowns and bring experience to the table. In the backfield, the running game will need to step up. Willis was the leading rusher and Brewer will not be the same type of running quarterback. Three running backs had over 400 yards in 2021 and Joshua Mack and Shedro Lewis both return. They both will need to up that yard total to help offset the passing game to be successful in 2022.

The defense needs to step up and force more turnovers to help support the offense. They only recovered two fumbles over the entire season. Storey Jackson, who led the team in tackles and sacks in 2021, has moved on along with second leading tackler, Rashaad Harding, leaving a big gap to fill. Even though they have a few good transfers coming in, it’s hard not to see the defense taking a step back in 2022.

The success of Liberty’s season will be decided in the first three weeks. After a road game at Southern Miss, UAB comes to town. It is a team Liberty handled easily in 2021, but UAB came on strong to finish the season and should be stronger this year. After that they travel to Wake Forest and another strong team from the ACC.

After that stretch, the Flames have a soft spot in the middle of their schedule. They have a four week stretch of games that most teams would love. All four of those games should fall in Liberty’s favor before the hardest part of their schedule hits in the back stretch.

That starts with BYU coming into town in a battle of two independent schools in their final year before joining conferences. After their off week, Liberty travels to Arkansas and plays at home against Virginia Tech in a three-week span in likely their two hardest games of the season before finishing the season against New Mexico State. In the end, the Power 5 teams the Flames are playing this year are all fairly strong and that will lead to a season a little closer to .500 than in the previous couple of years.