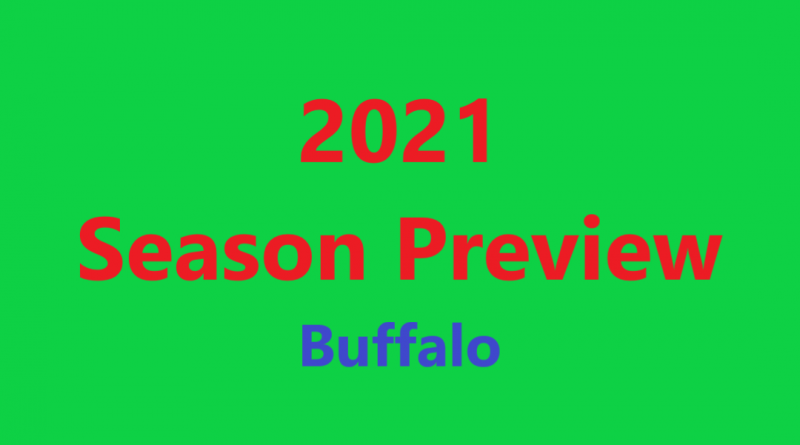 The MAC played a very limited 2020 schedule due to the pandemic. They had a six game, conference only schedule in place and one of those games for the Bulls ended up being cancelled. But you can’t fault the schedule that is put in front of you and Buffalo responded. Of the five regular season games, Buffalo rolled to victories in all of them, winning all of them but at least 19 points. This placed them in the MAC Championship game against Ball State. After scoring 42 points in every game, they were only able to put 28 on the board in that game and Ball State ended up winning the MAC championship 38-28. They did make up for that loss by beating Marshall in the Camellia Bowl, 17-10. This gave Buffalo a 6-1 season record.

Buffalo has a lot of changes coming into the 2021 season. The first is at the head coach position where Lance Leipold leaves for Kansas after 6 seasons and 2 MAC championship appearances. In his place comes Maurice Linguist who was previously a defensive coach for the Dallas Cowboys.

They have a lot to make up for on both sides of the ball. After rushing for over 1000 yards in just 7 games, running back Jaret Patterson is gone. Kevin Marks, who ran for over 700 years, returns but that is still a lot of yards to make up for. Quarterback Kyle Vantrease returns after a decent year, but one where he only threw 7 touchdown passes. It doesn’t help that leading receiver Antonio Nunn is gone as well.

Defensively, Buffalo will look to improve on a side that was fine, but not great. As most teams, a majority of players are coming back so experience can help. Leading tackler James Patterson returns to captain a strong linebacking core. Three of the four secondary defenders return as well, but will want to improve on the 6 total interceptions the team achieved in the, admittedly, limited season.

After a game against FCS Wagner, the Bulls have two tough non-conference games on the road at Nebraska then at home against 2020 darling Coastal Carolina. I see Buffalo losing both of those games. But they should win their final non-conference game against Old Dominion to go into conference play at 2-2. In the MAC, there are a few tough games lined up with Ohio and Western Michigan at home and Ball State on the road. With the change in the coaching staff and in major positions on offense Buffalo may still have a strong year, though slip back from the 2020 success. I see Buffalo finishing at 8-4 with a decent chance of slipping into the conference championship again depending on how other schools in their division do.