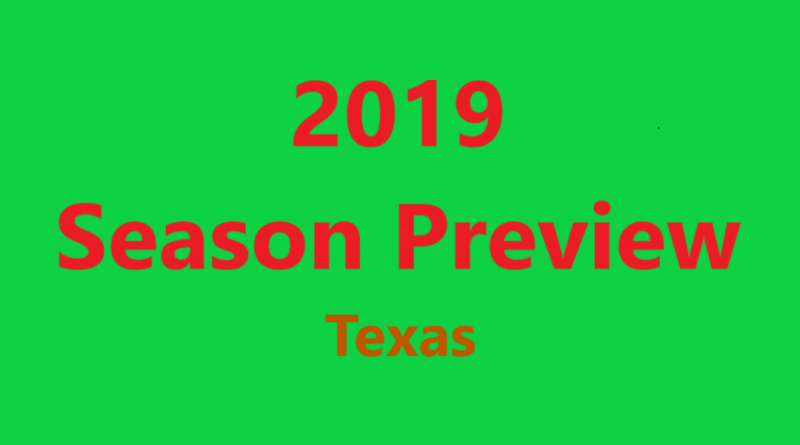 Entering Tom Herman’s second season as coach, most people expected Texas to make a major leap forward. Unfortunately, in the first game of the season Maryland beat the Longhorns in a major upset, 34-29. After that loss, however, Texas went on a six-game winning streak including wins against ranked foes USC, TCU, and Oklahoma in the Cotton Bowl. This jumped them up to number six in the polls. The next two games were nail-biting losses to Oklahoma State by three and West Virginia by one when the Mountaineers scored with sixteen seconds remaining and converted successfully on the two-point attempt. The Longhorns did win their last three regular season games to make it to the Big 12 Championship game, where they lost their rematch to Oklahoma. The season did end on a good note though, beating highly ranked Georgia in the Sugar Bowl 28-21 to finish the season at 10-4, 7-3 in conference play.

After many inconsistent years at the QB position, Sam Ehlinger finally became the face of the team Texas had been looking for, including four 300-yard passing games. The leading receiver for Ehlinger was Lil’Jordan Humphrey who had almost 1,200 receiving yards on the year. The defense was led by the linebacker duo of Gary Johnson and Anthony Wheeler who combined for 177 tackles and 10.5 sacks on the year.

Sam Ehlinger is back for his Junior year and that means Texas will continue to be strong on the offensive side of the ball. Leading receiver Lil’Jordan Humphrey is gone, but Collin Johnson and Devin Duvernay both return for their Senior years to provide a lot of experience on the outside. The key to the offense will likely be the rushing game. After only having a back go over 100 yards once in all of 2018, increasing the rushing attack will provide additional balance and make Texas even more difficult to scheme against.

Only three defensive starters return for Texas in 2019. Probably the biggest question mark will be who will step in at the linebacker position. This will be a tough task, especially with all the high-octane offenses in the Big 12. In the secondary, Caden Starnes returns after leading the team with interceptions in 2018 with four. But, after getting only 12 total interceptions as a team, they will need to be able to step up and force more turnovers in order to take things to the next level in 2019.

The early key to the Texas 2019 season will be their September 7th home game against LSU. That game will give a nice indication of the potential of this team, especially with all the new faces on defense. After this, the Longhorns start off conference game against the two conference opponents that beat them in 2018, Oklahoma State and West Virginia, though both of those teams will likely take a step back this season. After a fairly easy middle of the conference schedule, Texas has very tough games against Baylor in Waco and Iowa State in Ames. These two games will determine if they will be able to reach their second straight Big 12 championship games. I see Texas being able to make the championship game again, finishing the regular season at 9-3, 7-2 in conference play.