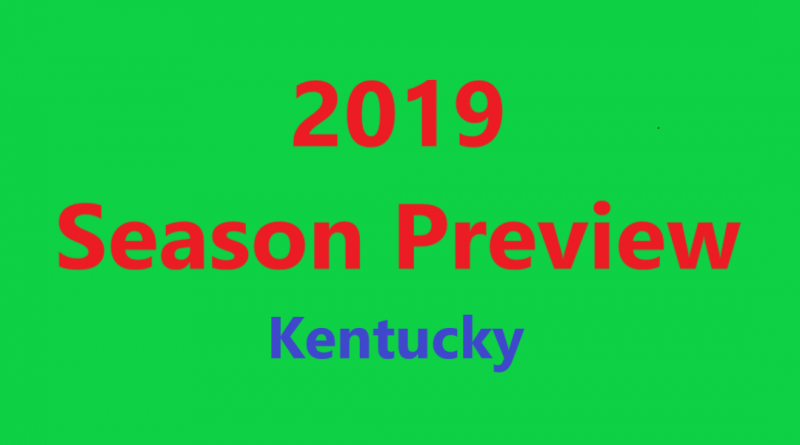 Kentucky had a very strong 2018 season that took a lot of people by surprise. The Wildcats soared out to a 5-0 start including wins at 25th ranked Florida and at home against 14th ranked Mississippi State. The first loss of the season came in overtime at Texas A&M, but they followed that up with two more wins to go to 7-1 and up to number nine in the College Football Playoff rankings. They would drop back some losing their next two games, but wrapped up the season with two more wins to finish the regular season at 9-3, 5-3 in the SEC East. The record was good enough to send Kentucky to the Citrus Bowl where they would beat Penn State 27-24, to finish the season at 10-3.

The offense was led by Benny Snell, who was a workhorse for the entire season, finishing with 1,449 rushing yards and 16 touchdowns. Terry Wilson was efficient at quarterback with a 67% completion rate, but finished with under 2,000 passing yards. Defensively, Josh Allen led the team from linebacker with 88 tackles including 17 sacks to easily lead the SEC and finish 2nd in all of the NCAA. The defensive finished 6th in the country in points allowed per game.

The question around the Wildcats coming into the 2019 season is how well will they replace their offensive and defensive leaders. On offense, Benny Snell is gone, leaving him to be replaced by Asim Rose, who had some playing time in 2018, but nowhere near the carries of Snell. Terry Wilson does return and will have to be this team’s leader. He has good rushing ability, but will need to look to pass more to add more balance to this team. Leading wide receiver Lynn Bowden also returns to hopefully assist in that goal.

On defense, Josh Allen may no longer be around, but the overall defense should remain stout. After giving up under 17 points a game in 2018, Kash Daniel will be looking to step in as the linebacking leader after being the third leading tackler. The biggest key will be in the secondary, where all four starters from 2018 are gone. Will the new starters being able to step up? If they can be close to as efficient, the Wildcats could be looking at another strong year.

Kentucky has a very favorable 2019 schedule that should help them out. They do not have any tough non-conference games with their end of season match up against state rival Louisville being the only possible challenge. For conference play, just like Missouri, they do not have any matchups against the SEC West powerhouses of Alabama, LSU, or Texas A&M. Their toughest conference games will likely be against Florida and Missouri at home, plus against Georgia on the road. Kentucky could do as well as 9-3, with a 5-3 record in SEC play. Georgia is likely still the powerhouse of the East division, but if they were to slip along the way, Kentucky could sneak its way into the SEC Championship game conversation.