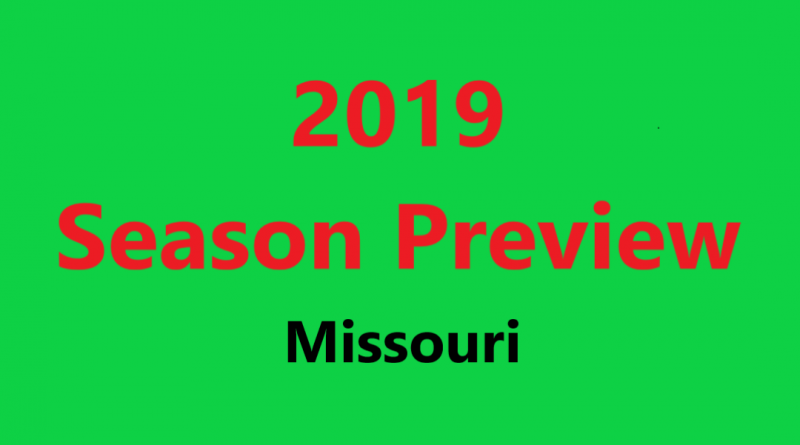 The 2018 season got off to a strong start for the Tigers, starting off 3-0 against non-conference foes. The third game was a thrilling win at Purdue, 40-37, in a game where Tucker McCann hit a 25-yard field goal as time expired. After the fast start, the SEC conference schedule hit hard. Missouri lost their first four conference games, including losses to number two Georgia and at number one Alabama. But, when the season looked like it might be lost, the Tigers schedule lightened up and they won their last four games of the season to finish the regular season at 8-4. The record got Missouri into the Liberty Bowl, where they lost another thrilling back and forth game with Oklahoma State, 38-33, to finish the season at 8-5.

You could almost copy and paste what was written about Oklahoma here when it comes to the quarterback position. Tell me if you’ve heard this one: a transfer quarterback from a national championship winning team comes in to take over the reins. That’s what Missouri has with Kelly Bryant. He won’t have the passing skills of Drew Lock, but should add some versatility to the offense. How he fits into this new offense will be a key to the 2019 season. A lot of skill players return at wide receiver and at running back. This should keep the Tigers humming on offense.

On defense, Missouri has to become better against the pass. If they can lower the number of passing touchdowns allowed, they have a change to be a very tough team to beat. Two of the top three leading tacklers from 2018 return with linebacker Cale Garrett and safety Tyree Gillespie.

The other question for Missouri comes around their bowl ban for the 2019 season. The Tigers are fighting hard to get the decision reversed. The result of that appeal could impact the morale of the team, in either a positive or negative way, for the entire season. That could make this Missouri season a very interesting one to watch.

Missouri starts the season off with a fairly easy non-conference schedule that should get them off to a fast start. Their only opponent from a Power 5 school is at home against a West Virginia team that will likely be rebuilding. With another home game against South Carolina thrown in, it wouldn’t be surprising to see the Tigers start off at 5-0. Conference play is not overly difficult this year either, with no games against the SEC West powerhouses of Alabama, LSU, or Texas A&M. The only super difficult game will be at Georgia on November 9th.  I can see Missouri going 9-3, finishing 5-3 in SEC conference play. But, with a bowl ban in place with this year (although an appeal could reverse things), there will be no post-season for the Tigers this year.