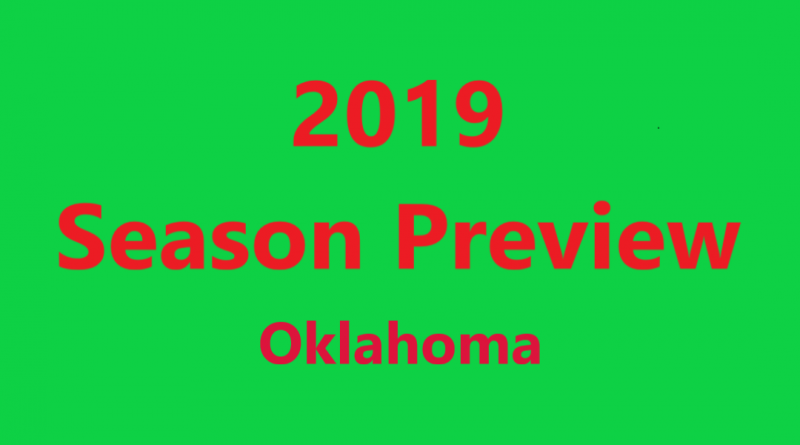 Oklahoma went into the 2018 season with high rankings but several questions. After Baker Mayfield went number one in the NFL draft, Kyler Murray stepped in as the new starter. Behind a very experienced offensive line, it was like the offense didn’t lose a step. There was a great balance between the running game and passing game that led the Sooners to average over 48 points a game.

In most cases, 48 points a game would be enough to make it a dominate season. However, major problems on the defensive side of the ball made many games a struggle and turned them into shoot outs. The concerns really came out during a 28-21 overtime win over Army. Army’s offense was able to march down the field the entire game. Throughout the rest of the season, Oklahoma lost to Texas and games went down to the last possession in wins against Texas Tech, Oklahoma State, and West Virginia.

Even with those struggles, Oklahoma was able to make it to the Big 12 Championship game where they avenged their sole loss during the season to Texas, winning 39-27. With that win they were able to make it to the college football playoffs against Alabama in the Orange Bowl. After falling behind 28-0 early, they were able to come back to make the game competitive but ultimately fell 45-34. Oklahoma finished the season at 12-2 and ranked at #4 in both polls.

Oklahoma finds itself in a similar position this year as it did last. How will Jalen Hurts be able to step in and take over for Kyler Murray at the quarterback position? He has the experience from Alabama, but will he be able to continue his success in Norman? One big difference between these two scenarios is the offensive line.  Four offensive linemen moved on to the NFL, meaning there will be a lot of new faces starting along the line. The ability for them to step up will be the key to Oklahoma’s season on the offensive side.  Although Marquise Brown moved to the NFL, Oklahoma is still stacked at wide receiver and a strong running back core returns as well.

The Sooners should be stronger on the defensive side this season, but it wouldn’t take much to improve there after last season’s struggles. The big change on the defensive side is a new Defensive Coordinator in Alex Grinch. There are a lot of players returning on the defensive side, so with more experience and a new coach it will be interesting to see if progress is made.  The Big 12 is always full of explosive offenses, but even marginal improvement on the defense could be all Oklahoma needs to continue to stay on top of the league.

Oklahoma always plays a decent non-conference schedule. This year’s lineup includes Houston at home and UCLA at the Rose Bowl.  Although UCLA should be better this year, I still think Oklahoma will come through the non-conference unscathed.  In conference play, the Big 12 will likely come down to Oklahoma and Texas once again. Each season, the Sooners seem to find a way to lose one conference game and it wouldn’t surprise me to see that happen along the way again this season.  This year the games that could give Oklahoma the most trouble are Texas, in Dallas, or on the road at Baylor or Oklahoma State. Even with a loss, the Sooners would finish at 11-1 to earn a place in the Big 12 Championship game. If they are able to win the conference championship, they will be right in the conversation for a slot in the playoffs for the third straight year.