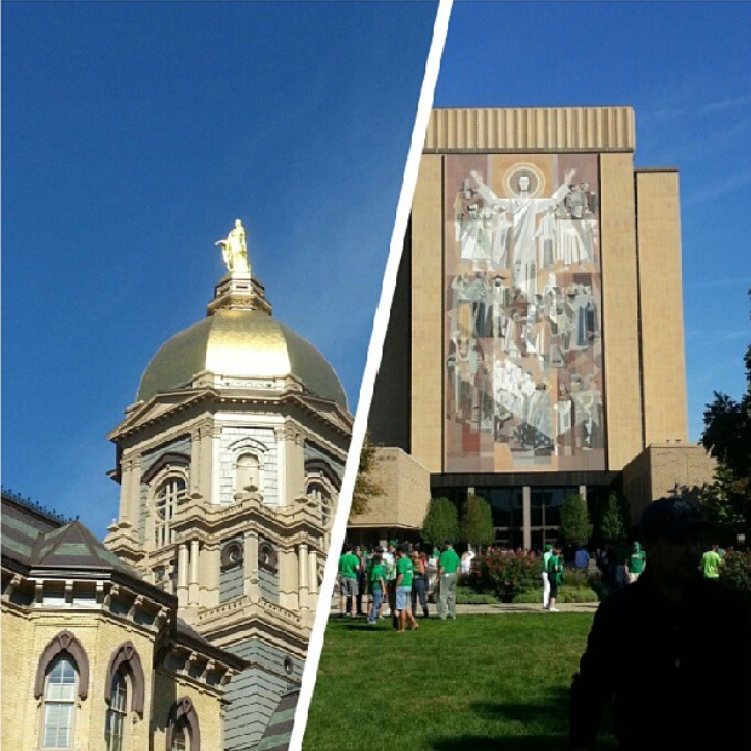 This is the game that started the road trip excitement! After going to one or two games in Norman every year what better place to go to a true road game then South Bend, Indiana. The history of Notre Dame is well known and is a must do on any true college football fan’s bucket list.

I also enjoyed this trip because it was the first trip I went on with my mom. Although she does not go to the games with me, she does enjoy being able to travel to new places with me. We flew into Indianapolis and spent a couple days there before ending the trip with a few days in Chicago, where we were able to tour Wrigley Field, visit Navy Pier and Millennium Park, and eat some deep-dish pizza.

The Notre Dame campus is very nice. You had a couple famous landmarks such as the Touchdown Jesus mural on the outside of the library and the Basilica of the Sacred Heart, a famous on-site Catholic church. Also, before the game there was the player walk where thousands of fans line up to watch Notre Dame walk to the stadium.

The stadium itself has a very old school feel to it, even still having wooden bleachers in the stands. What stood out to me most though was there was absolutely zero advertisements around the field. There were also no commercials showing on the video boards showing sponsorships. It let you appreciate the game going on the field that much more. The following week I went to another game in Norman and the contrast between the two in that regard was huge.

As for the game itself, there wasn’t anything overly memorable. OU went out to an early lead and held it pretty comfortably throughout. No major end of game drama, no super exciting plays, just a very solid OU victory. 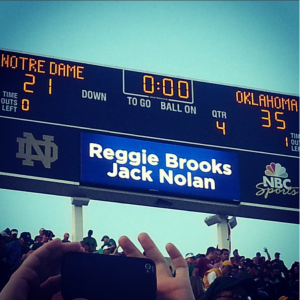