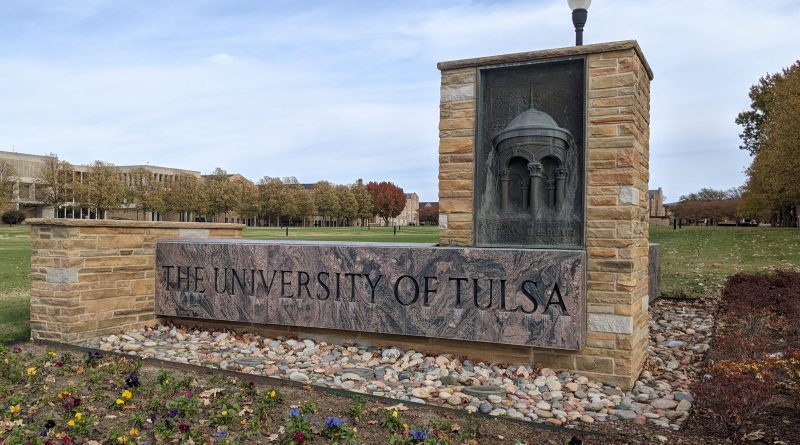 Neither team had a great record going into this game but, if you looked beyond the records, you could tell this one would probably be pretty lopsided. Tulsa’s schedule included competitive losses to Oklahoma State, Ohio State, and Cincinnati. On the other side, Temple had lost their previous 5 games by an average of over 36 points per game.

The scoring for Tulsa came early and often, scoring on their first four possessions of the game (2 TDs, 2 FGs) and a 20-0 lead. They would score again in the last minute to take a 27-0 lead into the half and the rout was on.

Temple did find the end zone once in the third quarter to get to 34-10, but they would not score again the rest of the way.

Tulsa’s offensive attack was balanced. They finished with 226 yards rushing and 297 yards passing. Three different players finished with over 50 yards on the ground and Josh Johnson finished with 9 catches for 159 yards and 1 touchdown.

I had gone to the former Skelly stadium a couple times back in high school. At that time, the stadium was extremely run down. Luckily, there have been many improvements made over the years to make this a much nicer stadium today.

I’m not sure if it was because Tulsa was already out of the conference championship race or because it was playing an inferior opponent but the stadium ended up being about 20 percent full at kickoff. The stadium is one level on three sides with a large field house in the north end zone. There was a video board located in the south end zone with two small runner boards located there and a large runner board along the field house to the north.

The stadium just had basic concession stands with a couple small trailers for the Hurricane Grill food truck and locations selling coffee and kettle corn. One interesting thing was in the west concourse where they had concession locations being served out of the lower level of the next-door apartment complex.

The only negative game experience came with the emcee they had during the game breaks. You could tell she did not want to be there and that came through in the way she led the segments. It would have been better just to have the announcer in the booth go through any breaks that were needed.

This was my first basketball game to take in at the Reynolds Center. It worked out well because they had a special for this game with $5.00 tickets and some $1.00 concessions. There were very few students there due to it being the Thanksgiving break, but there was a fair-sized crowd in general.

The arena was pretty nice. They had a large video board above mid-court and a runner board along the South side of the arena. They originally had the North side draped off, but opened it up once the game started, leading to a nice concourse area.

The game was exciting in the first half. Little Rock and Tulsa went back and forth with neither team able to pull ahead. Little Rock went into the half with a 42-38 lead.

Tulsa’s defense came out strong to start the second half which spurned a 10-1 start to the half. They never looked back after that and eventually stretched their lead out to 17. Little Rock tried to make a couple second half runs but were never able to make it too uncomfortable the rest of the way.

Although I grew up in Tulsa and visited Skelly Stadium a couple times through the years, I had never actually walked through the TU campus before. When I visited on a Friday afternoon, the campus was oddly quiet except for a couple tour groups that were walking around. Most students probably already on their way out of town for Thanksgiving break.

Just like Wake Forest, Tulsa has a small population. The difference is the TU campus is much more spread out. This led to their being more green space and smaller buildings overall. They also had their football stadium and basketball arena on-campus.

There were a couple really nice views on the campus, specifically around Dietler Commons. On one side you could the beautiful McFarlin library and on the other side you had a great view of downtown Tulsa.

The Tulsa Zoo is a place I visited all the time as a kid, but this was the first time I went in likely 25 years. They have obviously changed a lot, but at the same time there were some places that remained the same which brought back some good nostalgia.

I think the biggest difference I noticed at this zoo compared to some others I have visited is how close you were able to get to some of the animals. They had one building dedicated to elephants where I was able to watch one of the elephants eating lunch. They also had a location dedicated to the giraffes where you could watch them stroll in and out of their living area.

There were also some super adorable animals that were right up next to their viewing areas. They had a couple arctic foxes that were just strolling around and the bobcat was up and active and watched it lapping water out of its pail.

One of my favorite things from my trip here was visiting the flamingos. There were probably thirty flamingos in the area, but when you looked at the feeding area there was a single goose that snuck its way in and was just going to town.

The Oklahoma Aquarium is a newer attraction, originally opening in Jenks in 2003. It was fairly busy when we visited on the Friday morning after Thanksgiving. But the space was well maintained and much larger than the Niagara Aquarium that was visited back in September.

There were a lot of exhibits to take in. They had a few large turtles, various electric eels, a large shark tank, and even a new octopus that was just getting used to its new tank. They also had one area that had a couple of beavers and large raccoons that you could check out.

Of course, as most places, there were a few activities available for an additional fee. This included feeding the stingrays, a virtual reality ride, and a mechanical bull shark.

I do recall visiting Philbrook once with a middle school field trip. But I was definitely not interested in the museum at that time of my life. So, I was much more interested in checking it out again now that I was a little older and able to appreciate it more.

The first thing I noticed was the Christmas decorations that were starting to go up. There were three Christmas trees in the main lobby and other lights and holly up throughout the rest of the museum.

One thing I found interesting was the variety of art on display. There were of course paintings from long ago, but there were also a lot of pieces from within the past few years as well.

I think my favorite temporary exhibit was probably the Wes Anderson exhibit. The goal was to take pictures from around Tulsa that had a Wes Anderson aesthetic. The photos obviously had unique colors and angles that you could easily see fitting in to one of his movies.

Jane’s Delicatessen is a restaurant located near the University of Tulsa campus on 11th Street. It is located next to the Campbell Hotel. On top of sandwiches, it also specializes in European dishes. There were a few people at the bar when I visited but only a couple people in the restaurant area.

I went with the Chicken Kiev. That was a dish I remember being a big fan of in the past so decided it was worth trying again. It was a chicken breast with ham on the inside. It was served with fried potatoes and roasted Brussels sprouts. I was a little surprised with the ham as I don’t think of ham being inside Chicken Kiev. With that said, the chicken was cooked perfectly and the ham added to some texture. The potatoes and Brussels sprouts were both cooked well also.

The menu featured a lot of other dishes that would be worth trying out including goulash and pork stroganoff.  This would make it a place definitely worth going to again if I lived in the area.

To start off, I honestly had no intention of making Billy Sim’s barbecue one of my food choices for this trip. I try not to select chain restaurants unless they are specific to one certain area and have a special connection to the city I am in. I originally planned to visit Burn Co. Barbecue but they were closed the day after Thanksgiving when we arrived. Noticing a Billy Sim’s nearby, the call was made to check it out instead.

It turned out to be a good choice. It definitely had a chain restaurant feel inside, but the barbecue was very good. I wrote in a couple of my past trips about brisket that had too much char on the outside which took away from the flavor. That was not the case here. Not only was the flavor very good, but the serving of meat you were served was pretty large as well.

They had a nice selection of sides as well. I went with mac and cheese and potato salad, which are my normal barbecue go to. The size of the sides was what you would expect and the flavor of both of these was good as well. This trip turned out to be a happy accident.

When I asked people which place I should visit when I came back to Tulsa this is the one that had the most votes. I had heard of Mother Road Market previously but had never visited. It is a food hall, a concept that has gained a lot of popularity across the country. It is a location that has a lot of local food vendors together in one place to give you a large variety of food to try.

I went fairly early on a Saturday, but it was already quite crowded. There isn’t a ton of parking right next to the building but a large parking lot was located about a block away. There were many different varieties of food to choose from making it difficult to pick which one to try and to write about.

The place that seemed most popular was Umami Fries. They had a large variety of fries all topped with various Asian ingredients. One thing I noticed though is it appears they are moving out in mid-December so I did not want to write about an experience that wouldn’t be available so close after I wrote about it.

With them out of the way, other popular choices seemed to be the Chicken and the Wolf hot chicken location and the Akira sushi location. However, I decided to try Doctor Kustom, a location that specialized in Brazilian pastels. That is a deep-fried pastry with various ingredients inside. Think of it as a made to order Hot Pocket.

I tried the Calabresa pastel. This one was made with smoked sausage, grilled onions, and mozzarella cheese and served with a small side of pesto.  The first thing I noticed was the size of the pastel. It was giant. It was fried perfectly, making it easy to bite into without it falling apart. The flavor was great and adding the pesto on top of it made it a great choice.

If I lived in the area, I would definitely visit this place more often and try out all the various vendors. There is something for everybody’s taste here.